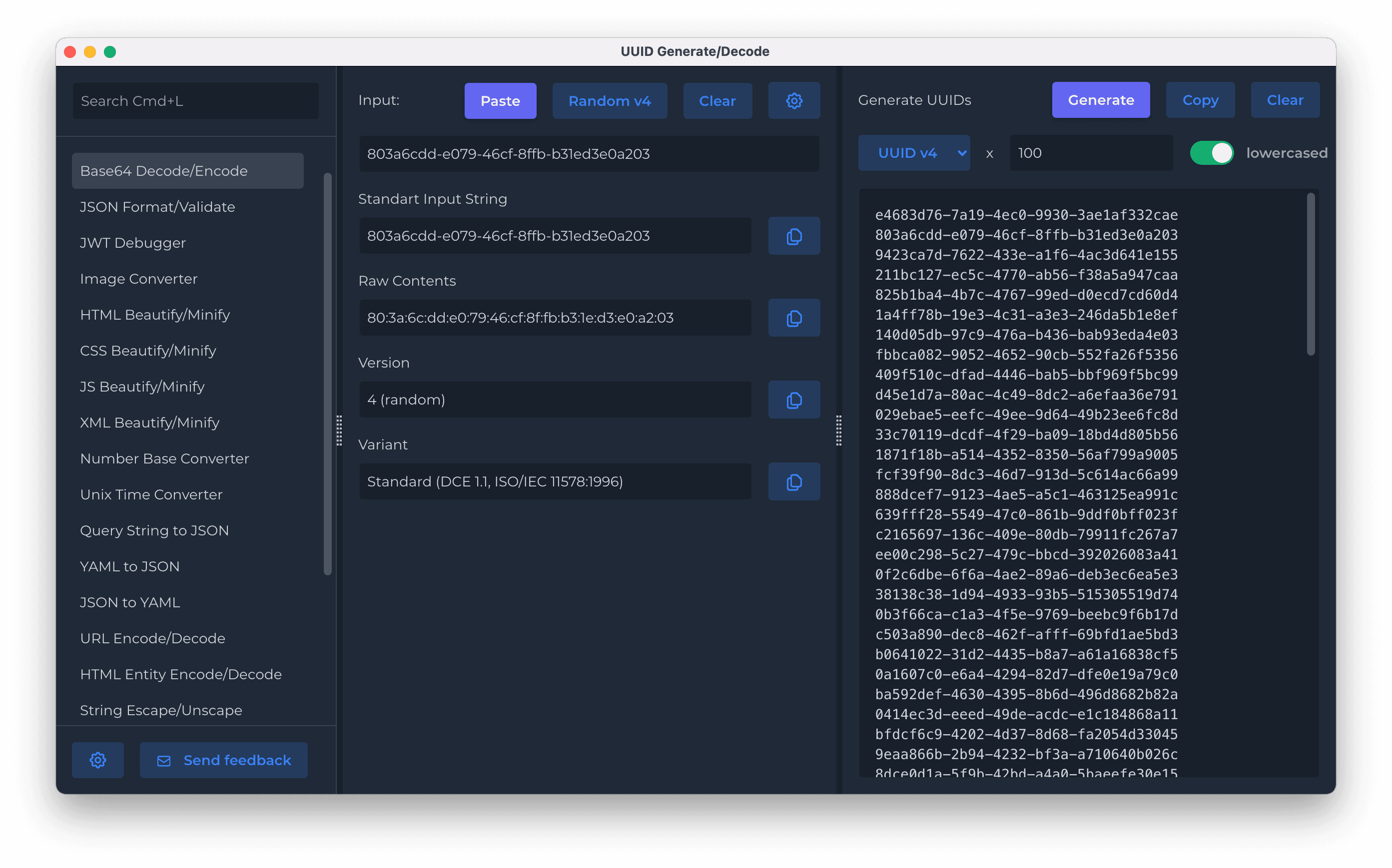 How unique is a GUID?

In SGML, HTML and XML documents, the logical constructs known as character data and attribute values consist of sequences of characters, in which each character can manifest directly (representing itself), or can be represented by a series of characters called a character reference, of which there are two types: a numeric character reference and a character entity reference. This article lists the character entity references that are valid in HTML and XML documents. 128-bits is big enough and the generation algorithm is unique enough that if 1,000,000,000 GUIDs per second were generated for 1 year the probability of a duplicate would be only 50%. Or if every human on Earth generated 600,000,000 GUIDs there would only be a 50% probability of a duplicate.

How are GUIDs used?

GUIDs are used in enterprise software development in C#, Java, and C++ as database keys, component identifiers, or just about anywhere else a truly unique identifier is required. GUIDs are also used to identify all interfaces and objects in COM programming. More on Wiki Download for Windows
Privacy policy Terms & Conditions License Agreement