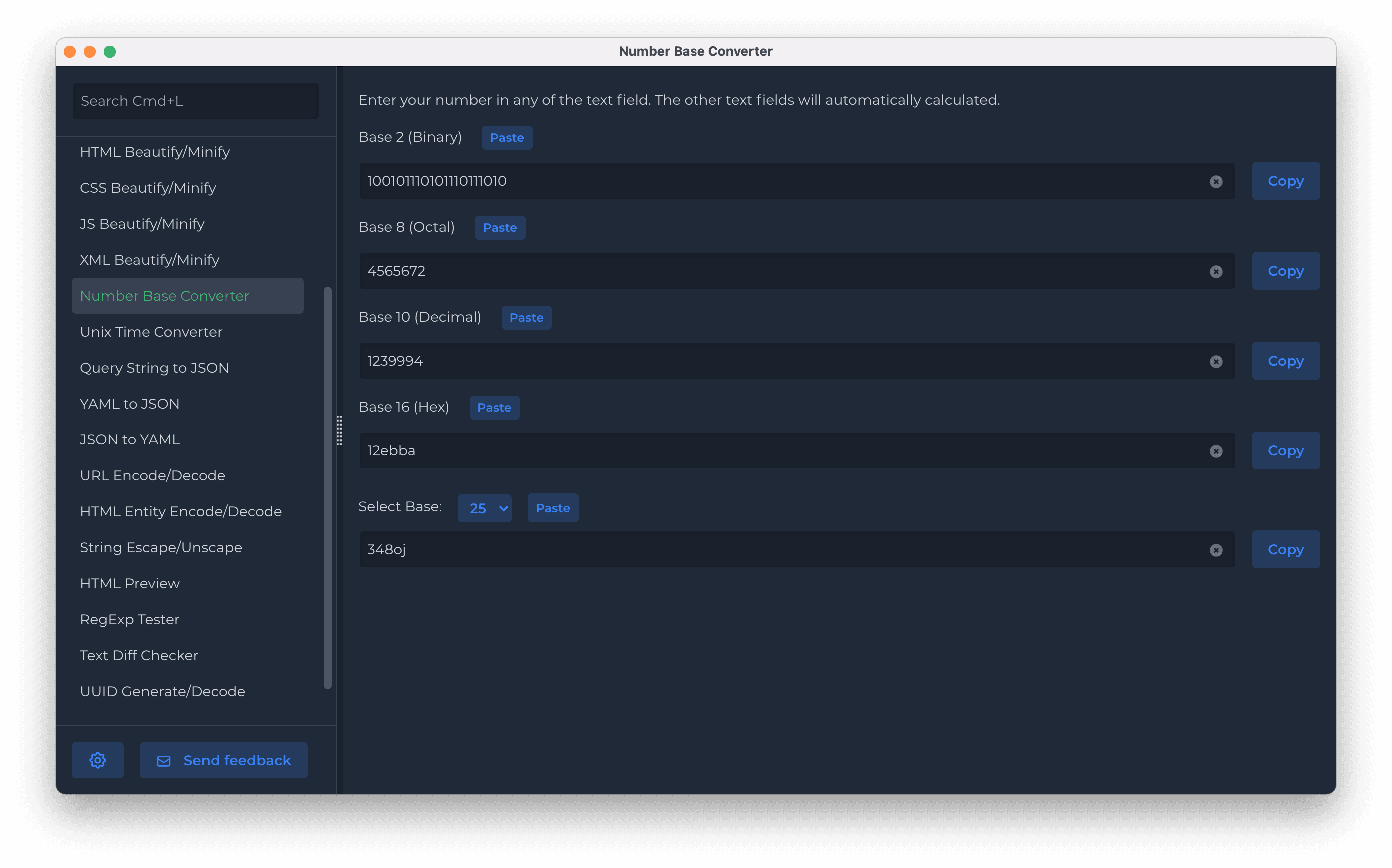 The most common number base is decimal, also known as base 10. The decimal number system uses 10 different notations which are the digits 0~9. Bases are not necessarily positive integers. Bases can be negative, positive, 0, complex and non-integral, too, although these are rarer. Other frequently used bases include base 2 and base 16. These are used in computing, and are called binary and hexadecimal, respectively.

Number Base - Converting to Different Bases

As most commonly used number base system is decimal, we shall divide conversions into three parts: For now, we will learn about Integer number conversions and floating decimal conversions. Wiki Download for Windows
Privacy policy Terms & Conditions License Agreement