While being built into most IDEs we constantly find ourselves googling 'json formatter' or 'json linter' for quickly validating and formatting JSON files. Most of the tools available formats JSON by creating a server request. We never want to share JSON with anyone, why we decided to build this free JSON validator and formatter that works without making any server requests. 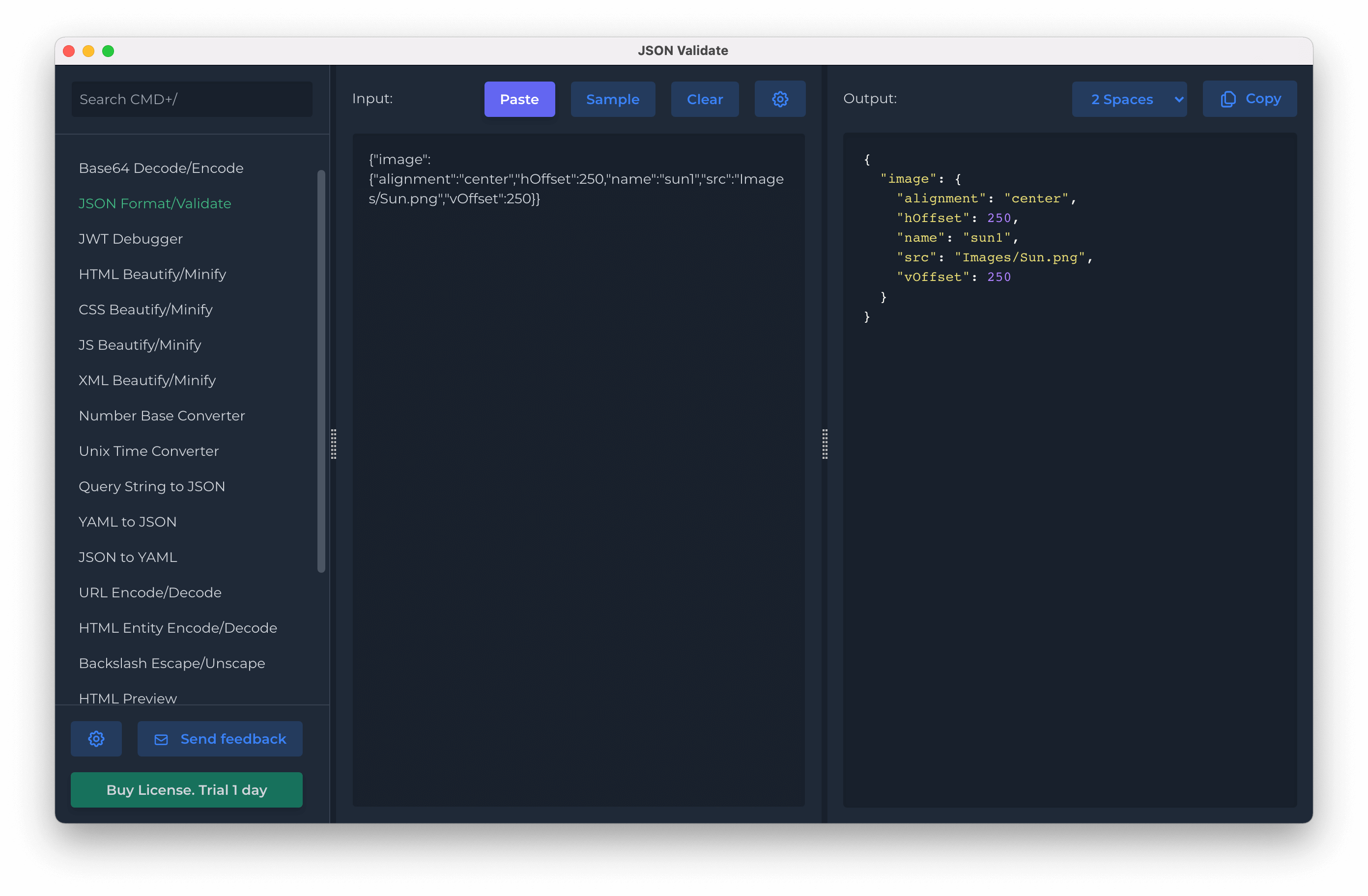 JSON (pronounced as Jason), stands for "JavaScript Object Notation," is a human-readable and compact solution to represent a complex data structure and facilitate data interchange between systems. It's a widespread data format with a diverse range of applications enabled by its simplicity and semblance to readable text. As such, it's used by most but not all systems for communicating data.

There are several reasons why you should consider using JSON, the key reason being that JSON is independent of your system's programming language, despite being derived from JavaScript. Not only is JSON language-independent, but it also represents data that speaks common elements of many programming languages, effectively making it into a universal data representation understood by all systems. Other reasons include: Proper JSON Format Using JSON doesn't require any JavaScript knowledge, though having such would only improve your understanding of JSON. And though the knowledge of JavaScript isn't necessary, following specific rules is: You can achieve proper JSON formatting by following these simple rules. However, if you're unsure about your code, we suggest using Utilso Validator.

Programming can be challenging, as it requires enormous attention and excellent knowledge of the programming language, even as simple as JSON. Still, writing codeis tricky, and finding an error in JSON code can be a challenging and time-consuming task. The best way to find and correct errors while simultaneously saving time is to use an tool such as Utilso. Utilso will check the validity of your JSON code, detect and point out line numbers of the code containing errors. It's an excellent way to correct errors without wasting hours finding a missing coma somewhere inside your code.

How Does A Utilso Validator Work?

Utilso is an editor, validator, and reformat tool for JSON, which allows you to directly type your code, copy and paste it, or input a URL containing your code. It will validate your JSON content according to JS standards, informing you of every human-made error, which happens for a multitude of reasons – one of them being the lack of focus. Using Utilso, you can quickly find any errors that might've occurred, allowing youto focus more on the rest of your code than on a tiny error itself. Download for Windows
Privacy policy Terms & Conditions License Agreement